We aim to provide you with a luxurious VIP exprerience with every tour. If you have any questions or any special request don't hesitate to ask us!
Ask Us

The most picturesque beach on the world

Navagio Beach (Greek: Ναυάγιο, pronounced [naˈvaʝio]), or Shipwreck Beach, is an exposed cove, sometimes referred to as "Smugglers Cove", on the coast of Zakynthos, in the Ionian Islands of Greece. Navagio Beach was originally known as Agios Georgios.

On 2 October 1980, the coaster MV Panagiotis, ran aground in the waters around Zakynthos Island on Navagio Beach during stormy weather and bad visibility. Some rumours claim the ship was smuggling contraband; however official sources did not confirm this, and the captain was not convicted for such offences. In fact, after the captain alerted the authorities, 29 locals were convicted of looting the cargo and valuable equipment from the wrecked ship.The ship was abandoned and still rests buried in the limestone gravel of the beach that now bears the nickname Shipwreck.

In 2018, the beach was named as the world's best beach in a poll by over 1,000 travel journalists and professionals. 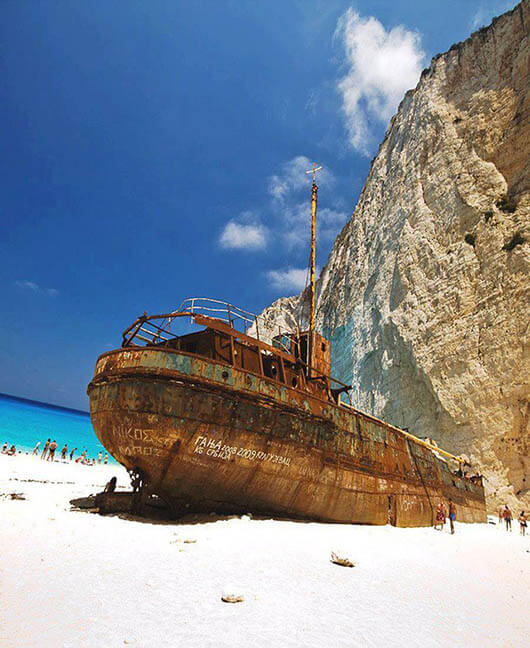 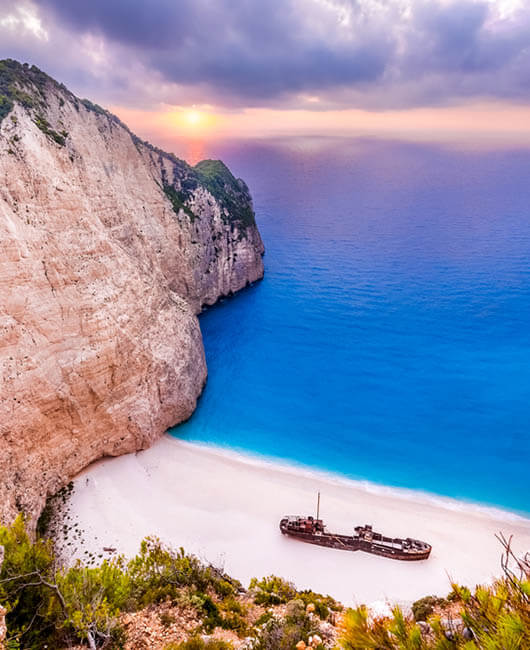